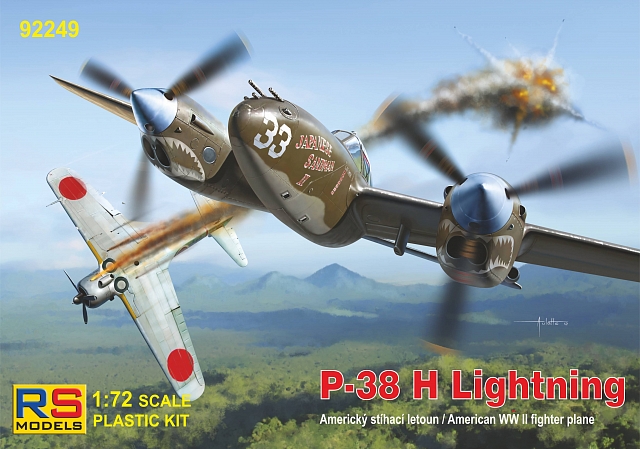 The Lockheed P-38 Lightning was a World War II American fighter aircraft built by Lockheed. Developed to a United States Army Air Corps requirement, the P-38 had distinctive twin booms and a single, central nacelle containing the cockpit and armament. P-38 was used in a number of roles, including dive bombing, level bombing, ground-attack, night fighting, photoreconnaissance missions, and extensively as a long-range escort fighter when equipped with drop tanks under its wings. The P-38 was used most successfully in the Pacific Theater of Operations and the China-Burma-India Theater of Operations as the mount of America's top aces, Richard Bong (40 victories) and Thomas McGuire (38 victories). In the South West Pacific theater, the P-38 was the primary long-range fighter of United States Army Air Forces until the appearance of large numbers of P-51D Mustangs toward the end of the war.