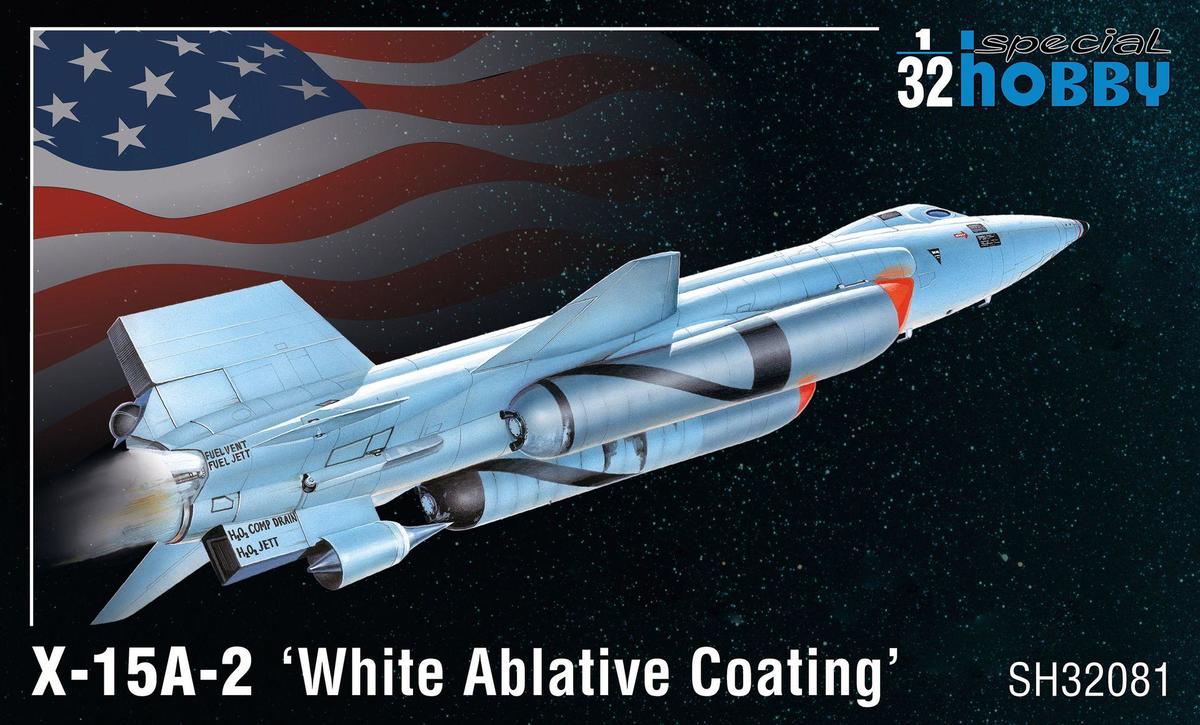 Model of a 1960s hypersonic aircraft which, until today, holds the world’s speed record for the fastest manned plane. It was also the first aircraft to reach the altitude regarded as the boundary between the earth atmosphere and the outer space. Knowledge gained during the development of the X-15 and the test flights was substantial for the Apollo programme and aero and space research.

This reissue offers the X-15A-2 as it looked before its final flight when W.J. ‘Pete’ Knight reached the world speed record. The kit can be built on the transport cart or even put on a stand in a flight configuration with the dummy ram jet under the fin. The kit contains finely detailed resin parts including the ram jet, photo etches, plastic stand and a decal sheet with markings for the plane wearing the white ablative coating.