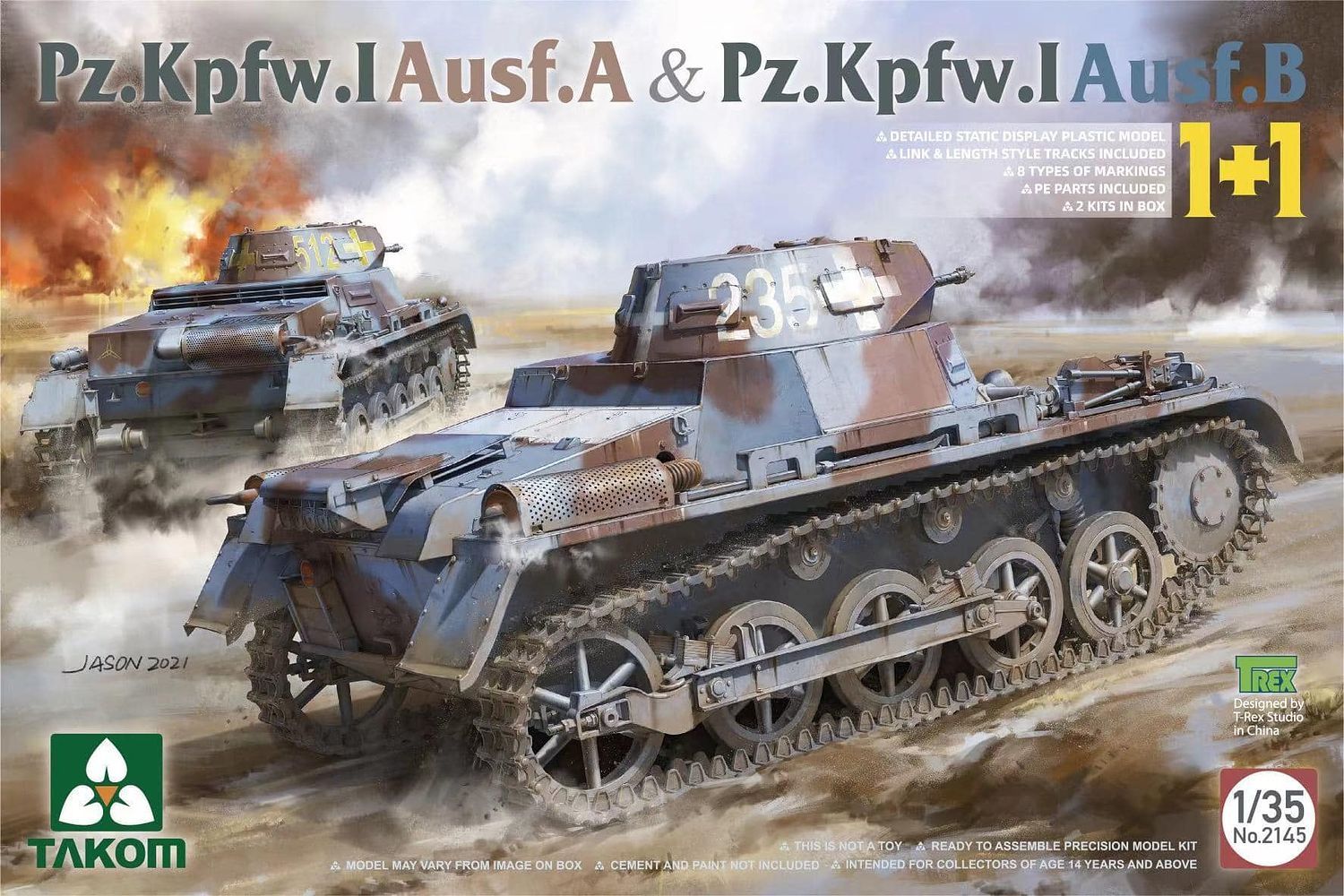 This kit from Takom is a completely new mold, and you get parts to build two tanks! The Panzer I is the first tank mass-produced by Germany after World War I. The Panzer I Type A was put into service during the Spanish Civil War, which began in 1936; a total of 818 of this tank was produced. The Panzer I B type is equipped with a higher-output engine than that of the A type, and its usability was improved by adding roller wheels and upper support wheels and changing the suspension system. From 1935 to 1937, B-type Panzer Is were produced in parallel with the A type.

Takom's new-mold kit includes parts for one A-type and one B-type Panzer I; the tracks are link-and length type, and photo-etched parts and decals for 8 versions are included.